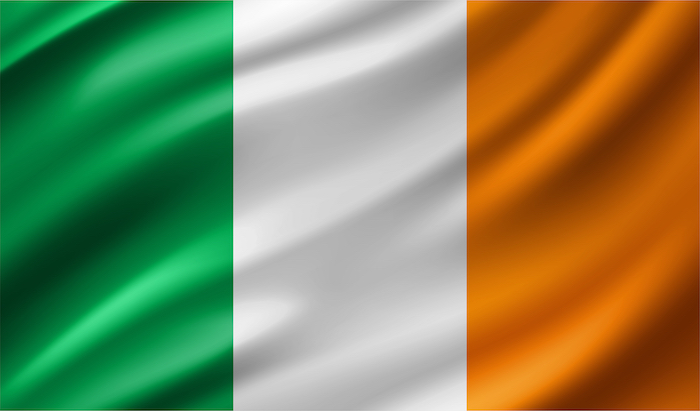 In a globalised economy, it might be easy to assume that benefits strategies across different countries are largely the same, albeit with varied legislation. Nevertheless, the Republic of Ireland is shaped in its own way by both global and local trends.

When looking at benefits in the UK and Ireland, there are some fundamental differences. For example, while salary sacrifice arrangements are prevalent in the UK, in Ireland it is much narrower, primarily covering voluntary stock purchase plans, commute-to-work tickets, and bikes-to-work schemes.

Danny Mansergh, head of health and career consulting at Mercer Ireland, says: “There’s an advantage in the UK to tacking on all sorts of different benefits so that employees can take advantage of salary sacrifice, an impulse that has never existed in Ireland.”

Mark Chiswell, Darwin services leader, UK and Ireland at Mercer, adds: “Some of the general themes with clients when they go into Ireland is that they’re looking to replicate as much as they can from the UK. For the main core benefits, they pretty much can, but there’s probably not as much flexibility around the lifestyle benefits, or as many options in Ireland as there are in the UK at the moment.”

In addition, Mansergh points to one particular initiative that is unique to Ireland, namely approved profit sharing schemes (APSS), which allow listed businesses to facilitate employees in purchasing shares up to a maximum value of €12,700 (£10,957.23) per year. Employees can hold these shares in a trust for three years, and then get the proceeds free of income tax.

“Essentially it is the same tax relief as for pension contributions, but the employee gets the proceeds in three years,” he explains. “Every listed company should be strongly considering this, as due to savings on social insurance, the employer will often save money by providing this benefit.”

Healthcare in the spotlight

One fundamental area of difference is health insurance, which in Ireland is run as a community rated system.

“Health insurance providers, if they offer a product, must offer it to everyone in the country, at essentially the same price, whether someone is 75 with a double heart bypass, or a 23-year-old Olympic athlete,” explains Mansergh. “A corporate buyer can negotiate a discount of up to 10%, and there is a provision that people who spend their whole life not buying health insurance have to pay a bit of a loading on top to reflect the fact that they’re opting in when they’re quite likely to claim, but weren’t contributing when they were young.

“Broadly, the idea is that everybody has access to health insurance, [and] the element of competing on price is considerably less. [There is] a lot of innovation on plan design, and while there are only three providers, there are well over 100 plans.”

While UK-based employers might have numerous providers making up their overall wellbeing strategy, in Ireland these types of benefits are more likely to be wrapped up in the health insurance proposition.

“We’re seeing organisations, in order to be more competitive because it’s a hot job market, starting to expand their subsidy of healthcare,” he says. “According to our Global benefit attitudes survey [published in July 2022], that’s tripled in importance in the last six or seven years. Employees are looking for employers to help manage their health, and specifically their emotional health.”

Another factor influencing healthcare provisions is the rising desire for digital options.

Jonathan Hogan, assistant general secretary at trade union Mandate, says: “The wait list can be astronomical, so the demand for private healthcare is growing. If the state isn’t going to step in and provide that level of access to healthcare, it’s being driven through employers.”

Glennon adds: “Access to healthcare is becoming a problem, so we’ve seen a massive jump in digital and virtual health; video or telehealth has really skyrocketed.”

There is also a lack of mandatory sick pay in the Republic of Ireland, though this is due to change, which means the country has a stronger history of self-insurance, and therefore less demand for critical illness and short-term disability from employers compared with the UK.

Pay, pensions and the cost of living

A global trend that is affecting benefits strategies in all countries is the rising cost of living, while pay is a perennial concern.

“We have realigned our industrialisation strategy to reflect the rising cost of living and inflation, looking for flat-rate pay increases rather than percentage increases,” says Hogan.

He adds that, where government support for low-paid workers may not be adequate, it is up to employers in Ireland to step in.

As pay becomes a more acute concern, pensions are also in the spotlight. The government has plans to bring in auto-enrolment, but there is little clarity as to when this will become a reality.

“We have not seen visible signs of government building the infrastructure that they will need,” says Mansergh. “Usually, though, if a client is locating in Ireland for the first time, we advise that they arrange their own pension provision, specifically within a master trust.”

Although larger businesses and multi-nationals have pension provisions as the norm, particularly as competition for talent grows, around half of the Irish working population is not currently contributing.

Beyond pay and pensions, employers must look at the wider financial challenges facing staff. For example, with an acute housing supply crisis and rising prices and rental costs, employers could consider embracing remote and flexible working in order to ease the demand for high costs around living in, or commuting to, hubs such as Dublin.

The Covid-19 pandemic spurred this on to an extent, and Ireland has a national broadband strategy that should allow staff to work from anywhere, which might ease some of the pressure on employers to increase pay, by instead facilitating staff to live and work somewhere more affordable.

“They’re really rating diversity and inclusion very highly, particularly around healthcare benefits: having more transgender support, as well as menopause, fertility, women’s health,” says Glennon. “In Ireland we saw a higher focus on that than we’ve seen in other countries.”

Mandate has found similar trends among its own members, who primarily work in the retail space, adds Hogan.

“One of the trends now is a desire for more awareness about ethical trading standards,” he explains. “Employees are asking more questions around issues like climate change, or the human supply chain.”

“We’re seeing a greater need now for policies in relation to the menopause, fertility treatments, to support employees that are trying to start families, great maternity leave and pay, which didn’t happen in retail before.

With Ireland due to see its first instance of gender pay gap reporting later this year, these issues are likely to rise in importance.

While pay is likely to take on even greater importance as employees face rising costs, there are also important factors emerging around flexibility and work-life balance that are going to shape future benefits strategies in Ireland.

“In retail, we don’t believe there should be a barrier to employers looking at how they can facilitate the reconciliation of the person’s home life with their work life,” Hogan says.

Post-Brexit, Ireland has seen an influx of new organisations either from the UK or US, as an entry point to the EU. In addition, there is a long-term investment from multinationals into this space that predates Brexit, all of which makes for a thriving and highly competitive labour market.

A spokesperson for the Department of Enterprise, Trade and Employment, says: “The Irish labour market is resilient in the face of current cost-of-living pressures. Year-on-year, employment is continuing to grow and the unemployment rate is at a 21-year low. More people are employed now in Ireland than at any other point in the history of the state.”

Glennon concludes: “Employee experience is something all [organisations] are trying to focus on, to differentiate themselves, especially if they are coming here with no brand name recognition.

“Employers are going to really have to push the boat out on benefits; they might consider themselves market medium, but in the current environment they’re going to have to go above that to attract staff.”