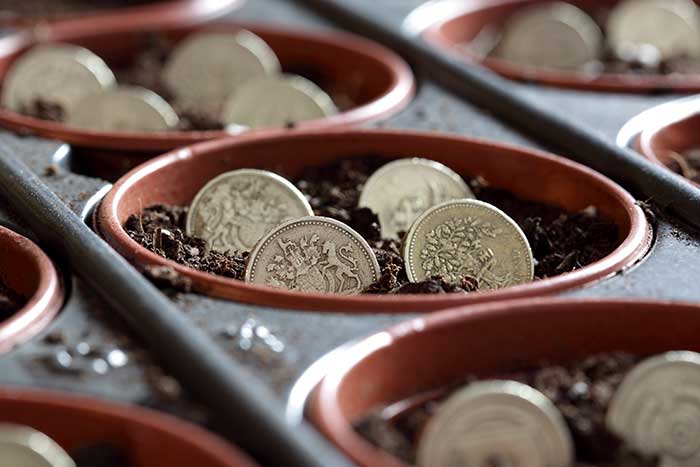 After years in the doldrums, annuity rates have recently hit an eight-year high with rates for a healthy 65-year-old topping 6%, according to Hargreaves Lansdowns’ annuity quote tool in July 2022. Yet they are no longer popular, as the Financial Conduct Authority’s Retirement income market data 2020/21, published in December 2021, found that only 31,689 people bought an annuity in 2020/21.

Have they been written off too soon despite their inflexibility? There is usually no going back once the annuity, which buys an income for life, is taken. So how can employers ensure that their staff are fully aware of what the plan involves? Steve Webb, partner at Lane Clark and Peacock, says: “Annuities certainly deserve to be part of the retirement planning mix. Employers can help make sure staff are aware of this by promoting access to impartial financial advice and also encouraging workers to access the free information and guidance provided by the Money and Pensions Service.”

Some may feel that advising on annuities sits outside their pension responsibilities daunted by the advice/guidance boundary. Tom Selby, head of retirement policy at AJ Bell, says: “Any degree of personalisation risks crossing the line into regulated advice. The lack of clarity over where this boundary sits means employers, pension schemes and providers often take a risk-averse approach when it comes to communicating with members.”

But leaving employees to sink or swim can be fatal. Martin Willis, chair of the Society of Pension Professionals Defined Contribution (DC) Committee and partner at Barnett Waddingham, says: “This isn’t just about facilitating good member outcomes, it’s about safeguarding against catastrophic ones.”

Alan Morahan, director at Punter Southall, agrees: “Many people take on too much risk in retirement by going into drawdown products when an annuity might be more appropriate.”

Unlike auto-enrolment requirements, employers have no legal communication duty. Instead, this duty often sits with the scheme, says Willis. Even so, employers “are often best placed to take the vanilla solutions on offer and shape them to fit the preferences and needs of their workforce,” he says.

Using financial advisers to get the message across, however, remains the gold standard, says Selby. “Group sessions with a qualified professional can be hugely valuable in understanding the pros and cons of different avenues,” he explains.

“Technology is also a great enabler of communication, with emails and webinars allowing employers or their chosen pension provider to communicate.”

Annuities are commonly perceived as expensive, but this is open to debate, says Willis. Their perceived inflexibility may also not be such as issue “ Do people really want a linear income stream across their retirement?” adds Willis. “The way people take retirement has changed from a cliff edge at a known date to phasing in over many years.”

The cost of annuities is opaque, controlled by half a dozen insurers, which can be seen as a game of ‘Russian Roulette’, says Penny Cogher, partner at law firm Irwin Mitchell. If an individual dies soon into their annuity, their money has gone up in smoke, unless there is a guarantee. “By contrast, pension monies in a [self-invested personal pension] (Sipp) can be passed to the family in a tax-efficient way,” she explains.

Yet annuities can absolutely have a role in retirement planning, says Kathryn Fleming, partner at Hymans Robertson. “A lifetime annuity will pay an income until death; this could be ideal for someone that wants to know that they have a baseline to cover the basics in life, it offers longevity protection, but once bought, an individual is locked in.”

Helen Morrissey, senior pensions and retirement analyst at Hargreaves Lansdown, adds: “[An employee] is under no obligation to annuitize all [their] pension at one time, instead [they] can annuitize in slices throughout [their] retirement securing more guaranteed income as [their] needs change and leaving the rest in income drawdown where it can benefit from investment growth. Annuitizing at later ages allows [the employee] to secure better rates and also means [they] may qualify for enhancements depending on [their] health status.”

Many employers believe annuities, the staid old ladies of pensions, could well be the next decade’s ‘comeback kids’.

Hays offers communication around annuities as part of retirement planning

Stephen Morrall and Annabelle Woosnam: Pensions in the gig economy

How can employers engage staff in responsible pensions investment?